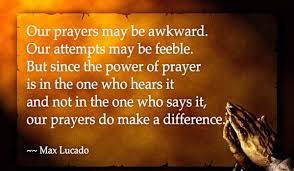 I recently received an enquiry from a close friend (we’ll call her Anna), whose regular therapist suggested she seek supplementary services. This is entirely normal, given my area of expertise, except that Anna didn’t want to know about DBT, REBT, or the structure of our program, how we integrate personal beliefs with evidence based methods, or about the value of such an approach. She was only interested in whether she would be expected to, “pray the depression away”. I was taken aback because I know that Anna is a devout catholic, and that her faith is an extremely important aspect of her life. I also know that she is a research doctor by trade and equally invested in the scientific backing of any practice. She is extremely well informed, on both fronts. And of everyone I know, she is on the short list of people I would expect to understand the benefit of a holistic approach to treatment. And yet she completely overlooked the neurological value of spirituality and religion.

Regardless of specifics – whether you ascribe to an organized religion, non-traditional spirituality, agnosticism, or atheism – your personal beliefs have a distinct and important neurological role to play in treatment, and especially in DBT. The efficacy of DBT, even within the most “difficult” and high-risk populations, stems from increasing client capability by teaching behavioral skills for mindfulness, distress tolerance, interpersonal relationships, and emotion regulation. From this perspective, all dogma aside, spirituality is a supremely effective skill.

Spirituality (in one form or another) is a universal human characteristic. It has encompassed all cultures throughout history, and has become the hallmark of human life, with no accepted animal equivalent. Like the ability to see in color, religious belief and behavior set humans apart – and some would argue above – every other living thing on the planet. And like seeing in color or walking upright, spirituality could not have evolved to affect the lives of the majority of the world’s human inhabitants if it had not helped them to solve the problems of surviving adversity.

Such views are further supported by evidence that spiritual/religious experiences have a neurological basis. Although there is no single “god spot” in the brain, religious beliefs and practices have been shown to alter certain neurological and chemical processes in the exact same way that secular activities (which we would call skills) do. To do this, spiritual experiences increase or decrease activity in many different parts of the brain: the god spot, as it were, is functional rather than anatomical.

This functional shifting of the brain is exactly how DBT skills are meant to work, and is why they are so effective. In the midst of a crisis or other distressing situation, there are very specific hormones, and structures which are activated in the brain. This combination of activity is what causes the physical symptoms of and responses to stress. In order to reduce or eliminate  the effects of distress, DBT teaches a range of targeted behavioral skills specifically designed to moderate activity in the brain by capitalizing on existing physical, sensory, and cognitive functions.

For example, splashing your face with cold water is used to increase emotion regulation; which is to say it helps people regulate emotional responses to stress and maintain control of their emotions.  Activating temperature receptors that are sensitive to cold within the nasal cavity and other areas of the face near the eyes and temples, coupled with controlled breathing simulates the neurological effect of being submerged in cold water. Which literally tricks your body into acting differently. This particular example activates the body’s natural ‘dive reflex’, and triggers increased activity of the parasympathetic nervous system. If you were, say, actually stranded in the middle of a lake with no way out, your body’s dive reflex would regulate your emotional panic to help you think and act clearly and lower your heart rate to conserve energy and oxygen.

You can easily capitalize on this natural, involuntary response to lower physical and emotional arousal in response to stress. In which case, the same systems which can save your life while drowning will reduce feelings of distress, calm your nerves, lower your heart rate and blood pressure, slow your respiration to prevent hyperventilation, and calm you emotionally by activating the parasympathetic nervous system.

Consciously applying this and similar concepts is what we, in DBT, call “using your skills”. And it is from this neurological standpoint that I say religious belief and behavior (of any kind) is a skill. According to the existential security (or security blanket) concept of religion, “beliefs systems provide peace of mind and help believers cope with stressful events in life.” Which is really just another way of saying that spirituality is skill for distress tolerance and emotion regulation. In fact, Researchers at Duke University found that religious rituals function as an anti-stress mechanism, and demonstrated that individual prayer, as well as attending church services, reduces blood pressure, a reliable index of reduced psychological stress.

Research into the neurological and evolutionary basis of religion and spirituality has shown increased activity in the limbic system, which regulates emotion, during prayer and other religious behavior. And further research has shown that people who practice religious behavior exhibit stronger connections between the logical and emotional regions of the brain, leading to increased stability and control of emotions, and that the practice of religious behaviors (praying, fasting, ritual, religious abstinence, etc.) strengthens the frontal lobe and increases impulse control. Additionally, depending upon the particular type of behavior (e.g., meditation vs. religious possession), various scans have shown a wide variance of activity in the frontal lobe. Focused meditation (i.e., focusing on something specific) and non-religious meditation both exhibit increased activity in the frontal lobe, which aids in critical observation and evaluation – what, in DBT, we would call mindfulness / awareness and ‘checking the facts’. Conversely, during compassion meditations and religious possession (e.g., being ‘ridden’ by a spirit in the Afro-Caribbean syncretic faiths or ‘speaks in tongues’ in certain evangelical Christian practices), decreased activity is seen in this same area of the brain, leading to self-transcendence, unity, and the feeling that someone or something else is running the show as well as increased gamma brain waves, which underscores interconnectedness and holistic consciousness. Such experiences allow people to surrender to the events around them, a skill which in DBT is called ‘radical acceptance’. Such experiences are associated with a decreased focus on the self, which is consistent with both common religious texts (which encourage us to concentrate on the well-being of others) and with concepts throughout DBT. They snap us out of the self-absorption otherwise induced by suffering, and produce a sense of deeply embedded connectedness.

Such advantages aside, most organized religion places an emphasis on fellowship and community in one way or another, providing their follow with the benefit of a supportive social network. In treatment terms, religion comes with a built-in support network. Combine this social support with feelings of interconnectedness and mutual responsibility, and the benefits of faith are magnified many times over.  Research has shown lack of social contact can be more harmful to health than obesity, alcoholism and smoking 15 cigarettes a day. Being part of a group is psychologically vital, and spiritual practice provides that in a way that is nearly unmatched in terms of neurological benefit.

The availability of an effective stress-reduction mechanism (skills) has been proven to help people feel more confident and optimistic (which is a large part of ‘interpersonal effectiveness’ in DBT), and consequently people with strong intrinsic faith – that is, a deep and abiding personal belief beyond the social inclination to go to a place of worship – recover 70 percent faster from depression than those who hold no personal conviction.

Regardless of your personal belief system, science and medicine have proven that there is value in the belief itself. From the placebo effect to religious healing, the proof is in the pudding – or in this case, in your grey matter. Whether you choose to believe that god equipped our bodies with the ability to believe according to his divine plan or that evolution naturally selected and encouraged our ability to believe according to our chances of survival, whether you believe faith is, “confidence in what we hope for and assurance about what we do not see,” or, “the opiate of the people,” you would be hard pressed in the face of such continually mounting evidence to deny the value of faith, if only for its neurological benefit.

So, no. I will never ask you to, “pray your depression away,” but before you decide the best course of action, I would strongly suggest you consider the likelihood that prayer – or whatever your version of prayer might be – can help you recover faster, be more resilient, and feel more confident, competent, and capable in the long run. For coaching from our staff contact us a www.meehlfoundation.org/coaching~Kristin Smith

About the Author: Kristin Smith

Kristin is an ordained priestess, herbalist, and published author with an extensive background of spiritual and mythological studies. As a practicing witch and global educator, they funnel this lifetime of experience into defining a new paradigm for teaching holistic spiritual healing that empowers personal identity and lived experience with myth and metaphor to initiate deep, lasting transformation through living ritual.