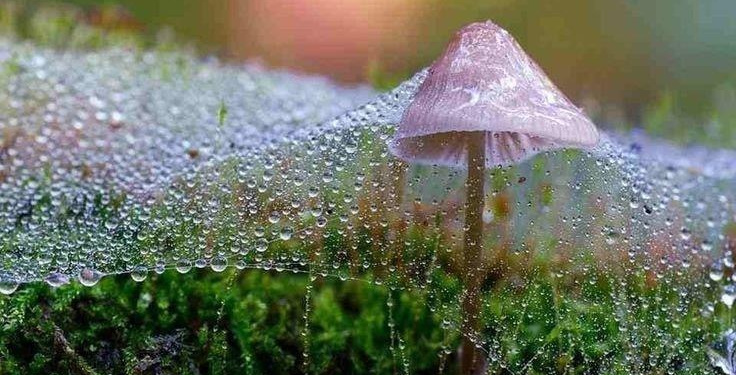 One of the more recent studies completed has indicated that magic mushrooms
could be offered as an antidepressant in the next decade or so, if not sooner.
Researchers at Imperial College London found that patients who chose to take
magic mushrooms rather than traditional antidepressants found that psilocybin
gave them a feeling of catharsis. The study allocated 60 participants who
suffered from moderate to severe depression to receive psilocybin treatment
coupled with therapy sessions with clinical psychologists.

“With psilocybin therapy […] they talk about an
emotional release, a reconnection, and this key emotional centre being more
responsive.”

Receiving the combination of the two, as patients described, was a very positive feeling.
It was a feeling of relief, and of being free – which was something patients
said was not possible on antidepressants. Rather than leaving them numb,
psilocybin therapy enabled them to really get to the root of their feelings and
feel free of them, rather than feeling trapped. Although these are early
results, they show promising signs of what psilocybin is capable of in the
right contexts.

Psilocybin can provide a multitude of experiences, and its versatility is what fascinates researchers. For example, psilocybin can be used to reveal concepts such as consciousness, the self, and experiences with higher beings. Several studies have found that mystical experiences that people have while on psilocybin can have deeply positive long-term effects. In fact, the stronger the mushroom dosage, the better the benefits were, even six months down the line:

Psilocybin allows for a moment where the way your brain operates consciousness normally to become inactive. While this might sound terrifying, this is when an alternative consciousness appears, revealing that sense of self. Those feelings of interconnectedness, of communicating with a higher being are connected when this occurs. It allows your brain to experience something different and brings in feelings of happiness and positivity. And as evidence suggests, the effects can linger long after the trip itself is over and lead to a happier state of living.

At Johns Hopkins, there is a lot of research going on. It has now inaugurated the Center for Psychedelic & Consciousness
Research,
which is currently funded by $17 million dollars donated by private individuals
who all see the vast potential psychedelics have on mental health and other
disease areas.

The current research at the center demonstrates that challenging conditions, such
as addiction (both alcohol and smoking) can be combatted through psilocybin
treatment. Moreover, the treatment does not just tackle the physical symptoms
of the addiction, but it does what a lot of other solutions cannot do – it
tries to get to the root of the issue, the very essence of a person and help
reshape that for long-term change. As the researchers acknowledge, psilocybin
is fundamental in helping with the existential distress that is caused by
addiction and disease. By bringing in a deeper level of awareness, a new
consciousness alongside assistance in reducing the physical symptoms,
psilocybin can play an important role in treating addiction as a whole rather
than as an isolated issue.

Similarly, psilocybin also plays a role in alleviating the distress,
fear, and depression that is caused by terminal illness. Studies conducted with patients at the
end of their lives showed that in moderate dosages, psilocybin was able to help
patients cope with their condition, as well as give them a feeling of peace and
comfort. Maybe it’s because they experienced the same feeling of consciousness
and connectedness, but each patient came back reporting the same feeling of
peace at their situation that was not present before.

And now, researchers are turning their sites to difficult and challenging conditions such as Alzheimer’s and the role psilocybin might play. Researchers are currently looking at early Alzheimer’s, and how cognitive effects could potentially be mitigated by introducing psilocybin.

However, it is currently being looked at as an aide for depression during Alzheimer’s, where results look promising.

Currently,
the research center plans to focus on the following in terms of the impact of
psilocybin:

While these might seem like a hefty order, it shows the sheer potential that psilocybin has. With the right dosage, and working with experienced Shamans, psilocybin has massive potential to alleviate some of the most troubling mental health conditions that exist today. But what is also important to note is that psilocybin is not working as a single entity during these studies. In each research study, clinical therapy is offered, highlighting the need to work with an experienced professional during this time. While the trip itself is significant, the way it is processed after can have a massive impact across a variety of different conditions.