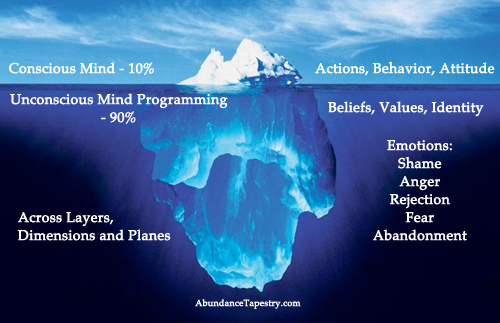 Mindfulness is a concept that has gained a lot of popularity in recent years among mental health professionals, and with good reason. It has been found to help in a variety of situations and with a variety of problems, making it a highly useful practice. Mindfulness can promote positive change, self-acceptance, emotional regulation, and reduce anxiety, among other things.

Mindfulness originates in Eastern spiritual practices and is closely related to meditation, however, it can be practiced to great benefit by people of all religions and spiritual beliefs. It has been adapted to psychology and one of the frameworks that most use this concept is Dialectical Behavioral Therapy, as this approach teaches mindfulness as one of its core skills. Mindfulness is at the foundation of Dialectical Behavioral Therapy.

But what is mindfulness? The concept can be defined as awareness of one’s thoughts, feelings, sensations, and behaviors. Mindfulness involves being aware of what is happening inside and outside of the self without judgment.

The concept of mindfulness connects to the concept of states of mind. There are three states of mind, which are the wise mind, the logical mind, and the emotional mind. The logical mind is the rational state that is used when considering facts and logic. The emotional state of mind is the one during which the person is more in touch with their emotions and has reactions guided by emotions. The wise mind is a state that is in the middle of the logical and the emotional mind and is the best state for decision-making. The wise mind can acknowledge both emotions and facts, considering the consequences of an action. Acknowledging our thoughts and feelings is something that can be achieved through mindfulness.

Mindfulness can be seen as being based on three core skills that define how it is done: observing, describing, and participating. The person should be able to be aware of what they are experiencing and act with awareness too. Let’s consider these skills more in detail.

Observing is the skill of collecting information about our inner processes and events going on without trying to change them. It means watching what is happening and becoming aware of what is happening and how. The skill of describing involves being able to describe one’s experience in an accurate way to distinguish what one experiences from reality. For instance, what I think and feel may not always be what is really going on – if I feel ignored or snubbed, this may not be what is happening in reality, but it is my experience. The third skill is participating. Participating refers to being fully present in the moment and engaging with awareness with every situation. These three skills are referred to as “what” skills.

Mindfulness is also defined by three “how” skills. These refer to how the “what” skills should be put in practice: non-judgementally, one-mindfully, effectively. Non-judgmentally means that when practicing mindfulness we should not evaluate our experiences or assign them labels – our experience is not good or bad. Rather, the focus is on being aware of the experience and the possible consequences of the behavior. One-mindfully means focusing on one thing at each moment rather than splitting our attention by attempting to do several tasks or think several things at the same time. Engaging in mindfulness effectively means doing what works rather than what seems right at the moment. Acting effectively means acting in the pursuit of a goal rather than our judgments. It also involves moving from contemplation to action.

So, DBT views mindfulness as a practical skill that can be seen as a core skill that enables the person to make better decisions and better regulate their emotions. Mindfulness means observing one’s experience and describing it accurately, making the distinction between reality and experience. It means participating and being fully aware of the moment. It also means focusing on a single thing at a time, avoiding judgment, and acting according to our goals. Overall, mindfulness is a skill that can be seen as having a skill subset. Each of these skills, the person can develop and practice until mindfulness becomes a significant part of their life. It is important to consider mindfulness as a skill and a practice that anyone can choose to integrate into their daily routine, because it is not something some people have and others don’t, rather, it’s something people can develop and learn.

Mindfulness can help make decisions from a state of wise mind. Rather than ignoring one’s instincts or reacting blindly from a purely emotional state, rather than using judgments, it provides an opportunity to make decisions that are both rational and emotional and that consider the consequences and goals. For example, a person who is too rational and is not aware of their emotions might make decisions that don’t take into account their feelings, for instance, choosing to maintain a relationship they don’t feel good about because there are no rational arguments against it. A person who is impulsive might tend to react more from an emotional state, for example, lashing out in anger even when the consequences will be serious. Mindfulness helps achieve awareness and balance. We know what we do and why we do it, so our decisions become more effective.

Mindfulness helps achieve a better emotional regulation, because we don’t suppress our emotions, but we also don’t allow our emotional state to define our actions. It can help us feel a greater satisfaction in our day-to-day life, because we become more aware and more present. It is also a tool for self-acceptance and self-knowledge, because a big part of mindfulness is simply discovering how we react and how we act without attempting to force a change.

Overall, mindfulness is a basic skill that can have many benefits. It is often used in many therapeutic approaches, especially in Dialectical Behavioral Therapy, the approach that pioneered its use in psychotherapy. Mindfulness has a proven effectiveness for a variety of mental health issues and also has been found to improve the quality of life in general. Mindfulness is a skill that can be learned and practiced by anyone.

Sign up with your email and always get notifed of Avada Lifestyles latest news!