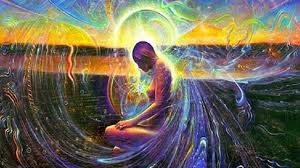 Plant-based medicine can be beneficial to you holistically, but it’s essential to consider any drugs that you may already be taking and how they will combine with the mushrooms or ayahuasca. You want your journey to be a safe one if you are planning on taking any mind-altering substance while on prescription drugs, it’s always best to discuss it with your doctor to get their advice. I know how ludicrous this sounds but I have to put it in here.

Most Doctors have no idea what psilocybin does how it works or what you can take safely with it. Most will state, all plant medicine or drugs are bad except the ones governed by the FDA”, that means all government funded, and approved drugs. Also, many doctors once they find you that you have considered or have thought of using any plant medicine, with fire you as a patient. So lets discuss possible psilocybin interactions

How Do Psilocybin Mushroom work?

Psilocybin is a serotonin receptor agonist which is found in some mushrooms and truffles and works by binding to the serotonin receptors and raising their levels. Raised serotonin levels generally increase your feeling of wellbeing and boost your mood. Recent research has also shown that psilocybin is useful in treating depression, it has been found to alter brain patterns and effect spiritual experiences which are also beneficial to those people suffering from trauma, pain, and stress as well as depression.

It seems from various case studies that most prescribed antidepressants have at least some overlap with psilocybin as they both work by interacting with your serotonin receptors.

However no one to date has died from Serotonin Syndrome while on mushrooms, in fact there is no record of anyone ever dying on mushrooms.” According to the 2018 Global Drugs Survey, which surveyed 130,000 people in over 40 countries, magic mushrooms rank as the safest drug you can take.” But to be clear, The most severe effect of taking both psilocybin and antidepressants could possibly be Serotonin Syndrome, a rare side effect which includes high blood pressure, confusion, increased heart rate, tremors, agitation and nausea, vomiting and diarrhea and which can be extremely serious although very rare.

How exactly Lithium works is still not well understood, but it works well to treat manias and is often used alongside other antidepressants to treat depression. Case studies have shown that patients on lithium who have also taken LSD have shown an increased sensitivity; this is also likely to be the case for psilocybin users. Lithium is the absolute contraindication with psilocybin mushrooms. Now know what you are thinking, “Jo down the street did it and it was fine.” Lithium with mushrooms can cause heart failure, so don’t try it. To date all the research I have found, no one knows clearly why this is, if you read this and have information please let me know.

Ayahuasca, is a Monoamine Oxidase Inhibitor (MAOI), and as such, it would be extremely dangerous to combine ayahuasca with synthetic prescription MAOIs, SSRIs, SNRIs and any mood stabilizer. Combining an SSRI with an MAOI can kill you. That is why if you are one one that you have to wait 30 days from the last pill to switch to the other. Ayahuasca has a naturally occurring MAOI in the vine of the plant, that is what makes the brew of Ayahausca work as a psychedelic.

An MAOI acts to inhibit one or both of the monoamine oxidase enzymes. They are often used to treat depressive disorders and panic and anxiety issues.

Some common MAOIs are:

The function of SSRIs and SNRIs is to block the serotonin receptors so the effect that the psilocybin has of binding to those same receptors will be diminished, this makes it likely that the impact of the mushrooms will be much less potent. It is not recommended to combine ayahuasca with any selective serotonin reuptake inhibitor and pose serious health complications. Some common SSRI are:

These chemicals block your brain from absorbing norepinephrine and dopamine and are used to treat anxiety and depression. It seems as though the effects of NRIs and NDRIs would not overlap although as yet there is not enough research to be sure. Ayahuasca should not be combined with NRIs and NDRIs as the effect on brain chemistry can be complicated and potentially dangerous. MAOIs These types of drugs work to balance the levels of serotonin, norepinephrine, and dopamine in the brain and are used to treat depression and other brain disorders such as Parkinson’s disease. They can cause dangerously high blood pressure if not managed very carefully, so it is important to get your doctor’s advice if you are on these drugs and planning to take mushrooms. You should not use ayahuasca if you are on prescription MAOIs.

Some common NRIs / NDRIs are:

If you are planning on a psychedelic mushroom or ayahuasca retreat, then it’s useful to read up on what you might expect from the experience. Prepare as fully as you can for your spiritual travels by speaking to your shaman about what to expect and your doctor about any drugs you are already taking and their potential interactions.

Rinkunas, S, (2019). Shrooms Are the Safest Drug You Can Take. Retrieved from: https://www.vice.com/en_au/article/43gey3/mushrooms-are-the-safest-drug-you-can-take