Psilocybin for the Mystical Experience 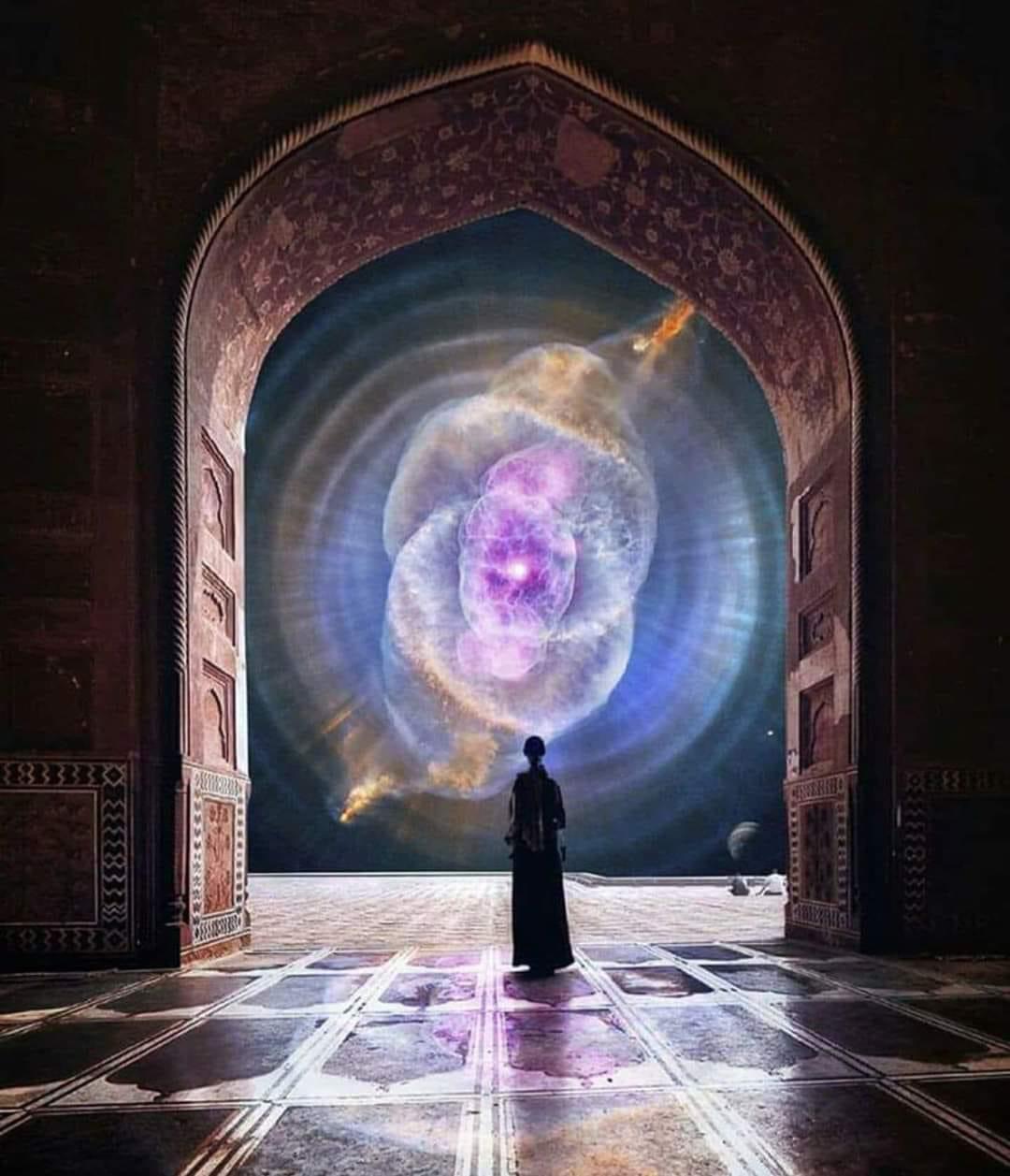 Do you think that mystical experiences are for a reserved group? Have you ever thought that altered states of mind could happen to you too? Who are you? Why are you here? The answers to these ultimate questions lay within an individual’s perceptual bandwidth.

Most people are on a journey of self-discovery, and the desire to understand the meaning of life is at an all-time high. First, people thought that the wealth of knowledge about the universe, its occupants, and the cosmos was hidden in books and the minds of philosophers, stoics, and gurus. Second, people considered mystical experiences to be spiritual mumbo-jumbo unattainable by ordinary folk.

Well, altered states of consciousness are no longer accessible to Tibetan monks or spiritual masters only. Ordinary people can partake in the spiritual journey into the mysteries of the universe’s nature and establish their true sense of purpose.

Whenever people were dissatisfied with life and needed emotional reprieve, some turned to ancient philosophy, few explored mystical journeys, while some hopelessly watched their emotional resilience go down the drain. Before the psychedelic Renaissance, knowledge of their intricacies was in manuscripts stashed in monasteries and libraries.

Deep rhythmic breathing can induce a psychedelic consciousness without medication, a technique known as holotropic breathwork. However, psychedelic drugs like psilocybin play a massive role in neuroscience and spiritual development.

Psilocybin is a psychedelic drug that induces altered states of mind creating melodious and harmonious coordination of body, mind, and soul. Meditation, deep breathing techniques, and other mindfulness practices can cleanse the soul, quench anxiety, reduce stress, and improve physical health. For centuries, people have traveled the globe searching for approaches to access mystical experiences and achieve self-actualization. Experiences that transcend reality endow wisdom and dissolve the ego continue to elude individuals with elementary spiritual knowledge.

We live in an incredibly chaotic and dark world, and the unprecedented Coronavirus pandemic contributed to increased despondent feelings, depression, fatigue, lawlessness, and sadness. People seek avenues to access mystic abilities, to tap into the souls’ limitless powers, and to get back on track.

What is a Psilocybin Mystical Experience?

During the psychedelic renaissance, phenomenology became a new field of study, where scientists, psychologists, and governments committed resources to grasp the power of psychedelics in alleviating psychological discomfort. Phenomenology is the parent of mystical experience, and it provides a broad understanding of how nature, plant-based medication, and experiences rewire conscious living.

Shamanism, an age-old spiritual outfit, is at the forefront of using psilocybin to reconnect with non-ordinary states of consciousness (NOSC) to induce meditative states. Chanting, fasting, meditating, and consuming plant medicine are part of a shamanic ritual. Shamanism has detangled itself from dogmatic systems and provides devotees with a repertoire of recipes for conscious living.

The wisdom of sages and ancient traditions lay the groundwork for shamans to connect nature and the spiritual world. Shamans are mainly known for their non-imposing power and healing capabilities that re-center the physical, spiritual, and psychological aspects. Shamans act as sacred intermediaries and guide people to the mystical world.

Psilocybin is an excellent remedy used by shamans to ease tension in the body, remove mental and physical barricades, and restore holistic balance.  Individuals with traumatic experiences such as PTSD or mental imbalances resulting from depression suffer deep anguish, which short-circuits communication between the spirit and body. Shamans guide people through the soul-searching and healing process.

People consider the ability of shamans to communicate with the world beyond “mystical,” but the use of plant-based medications such as magic mushrooms have recently earned significant scientific backing.

Scientific research has been at the forefront in peddling the magnificent benefits of psychedelics and convincing governments of the potency of these substances to heal individuals and create a path to rehabilitation. In the scientific world, Rick Doblin has written his name indelibly in the annals of psychedelic research after lobbying for federal laws to win the approval of psychedelic therapy. Doblin believes in the formidable power of psilocybin and other psychedelic drugs such as MDMA that open a spiritual dimension of consciousness regardless of religious beliefs. Rick Doblin says that “mysticism is the antidote of fundamentalism.” 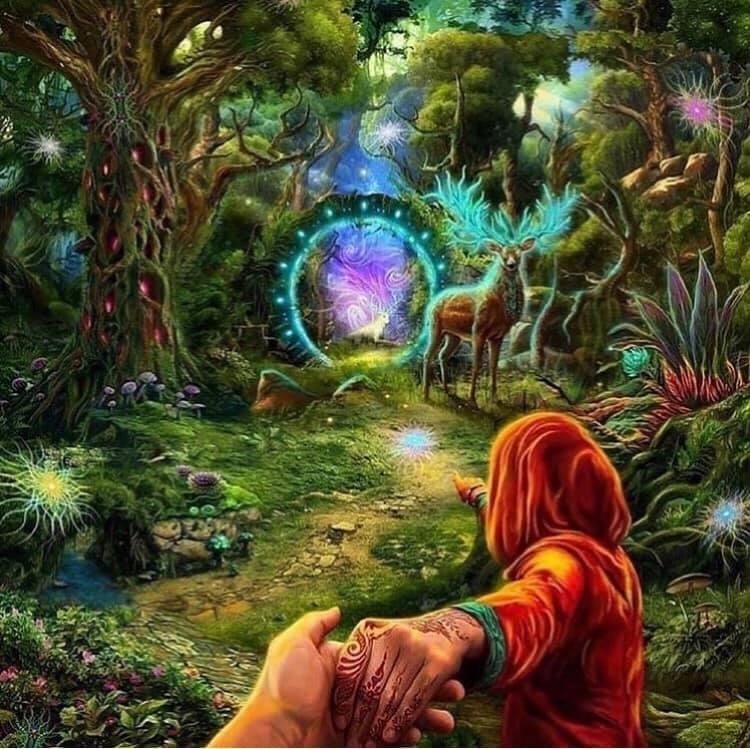 Psilocybin plays a central role in magnifying visual perception and shifts in consciousness. In the 70s and 80s, psychedelics had a bad rap because of increasing cases of psychosis and addiction and were later categorized as recreational drugs alongside marijuana. Bob Jesse, a former Bell Labs employee and agnostic par excellence but an ardent advocate for psychedelic therapy, refuted claims that magic mushrooms are plants for “recreational use,” a phrase he says trivializes the experiences.

Bob says that his initial experience with psychedelics was “sensitive.” He goes on to say that “the awareness transcends any particular sensory modality. There was no terror, only fascination and awe.” psilocybin has the incredible power to expand awareness. Shamans use them to assist people in gaining access to the universe’s deep secrets, the hallmark of the mystical experience.

Magic mushroom lets a person in on altered consciousness states and instigates truth that eluded them in their unconscious state. Psilocybin disintegrates the ego, dissolves the ‘I,’ opens up spiritual paths, and enters the sacred spaces.

A person ingests the psilocybin and lays down in the company of a shaman, and has soothing music playing in the background. The psilocybin ceremony can last over 6 hours, and shamans design the session to induce focus and foster a personal encounter with the mystique world. Drumming and slipping into trances is a common practice during a psilocybin ceremony.

The session ensures that the mind is no longer attached to personal identity and can grasp the source of its existence. Mystical experience provides a state of transient hypo frontality, creating a perceptual pathway free of the ego’s tyranny. The experience then gives the experiencer a sense of absolute truth which validates the noetic quality of psilocybin. In the wake of a mystical experience, people develop a keen sense of oneness with nature and equate their current to a ‘new earth’ where divinity finds expression in everything.

Shamanism is critical in healing trauma, reconfiguring patterns, surmounting irrational belief and behavior, and designing a life worth living. Shamanic ceremonies are interdenominational, and healers curate techniques that are customized and exclusive to the individual.

Shamanic healing combines evidence-based methods and spirituality to create a perfect harmony of holistic practices that cater to unique individual needs. In scientific corridors, scientists such as Bob Jesse initially considered mystical experiences as subjective, anecdotal occurrences devoid of objective discourse until psychedelic research showed up. Shamans own power that isn’t overbearing, condescending, or forceful, creating a safe and respectful environment for individuals to open up. A shaman’s unique understanding of life allows them to diagnose, heal, and monitor progress to ensure individuals feel the whole existence of their being.

The shamanic path leads to the betterment of people’s well-being, reshapes lives, and makes the world a better place. Psilocybin is a safe and effective medication whose synthesized formula offers psychological and pharmacological support.

Shamanism through psilocybin provides people with ‘peak break through experiences’ that encourage a life free of self-destructive patterns.