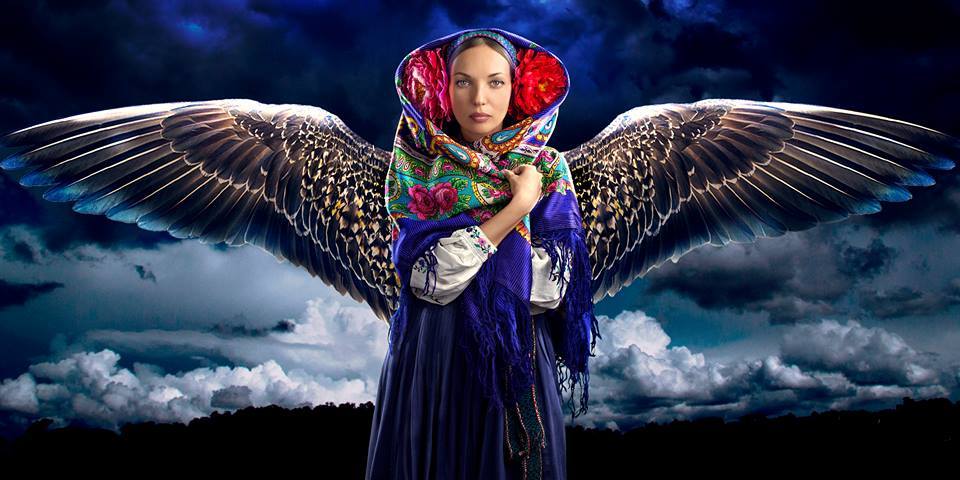 Little is known about Slavic shamanism, especially the pagan culture of the Balkan peninsula (the Southern Slavs) which was the last to become Christianized, is enshrouded in a veil of mystery.

Similar to their colleagues, the Celtic druids, Slavic shamans weren’t that keen on writing and the little that we know of their culture, mythology, beliefs, and sacred practices, comes from the oral tradition passed from generation to generation.

Since there are no scriptures, but only some archeological artifacts, academic views on Slavic paganism is rooted in mere interpretations of historians and archeologists.

What’s left of Slavic shamanism these days, doesn’t rely much on knowledge as there are no legitimate sources that are widely known to the public.

Slavic shamans nowadays rely on their folklore and much more so on their intuition and what the spirits of nature and their ancestors convey to them in their dreams. They rely on wisdom rather than knowledge.

What makes the situation even more complicated is the fact that the Slavic culture and people mixed a lot throughout history with other peoples and cultures.

For example, Russians are a unique mixture of Viking tribes of Rus with indigenous Slavs and Siberian shamanic remnants.

Most of the Romanian, Polish, Belarus, Bulgarian, Russian, Slovak and Serbian shamans are actually blending of seers, midwives, sages, healers, herbalists, soothsayers and even witches.

Christianity had some major impacts on Slavic paganism, but it was the other way around and now their culture is somewhere in between Christian Orthodoxy (which is again influenced by Eastern Traditions) and shamanism.

The Orthodox Church doesn’t look kindly on the remains of paganism, but it’s still rooted in the tradition of the flock so they somehow abide.

Their shamans are mainly called whisperers, whether they are Ukranian Molfars or Polish Szeptuchami, the word “whisper” lies at the roots of their practices.

Just like the shaman walks on the thin line between the physical and metaphysical worlds, the whisper is a speech without a voice per se.

Slavic shamans whisper to the spirit(s) of nature, they whisper to the water to enchant it to heal or they may whisper directly into the ear of an ill person to give their spirit the strength to combat the illness.

Some whispers and chants mix with Christian prayers and many of the shamans there work disguised as Christian holy men while they input pagan wisdom in their teachings and practices.

They believe that the power to heal via whispers is a gift from God and they say that even Jesus used words and prayers to heal.

Sometimes the shamans, especially Romanian and Serbian Wallachians have different practices of interpreting different kinds of omens such as spoiled milk or charcoal put out in the water.

They interpret omens to assess someone’s fate or destiny or whether a person is suffering from curses or other forms of spiritual ailments.

They have rituals where they tie red pieces of string around different things resembling wicker puppets and those séances direct their spiritual energy so as to affect the love life or overall health of a person who is the object of the séance.

Some of their rituals are really weird. For example, there’s pouring wax into water or rubbing someone with a glass full of ashes of sacred trees.

In Poland for example, healers like Znakharkas have been known to imbue eggs with blessings and decorate them so that they can be used as talismans that extract fears, repel negative energies, evil eye curses and soul blight.

It is said that the sacred objects that their shamans use in rituals are just used to help them focus and direct their faith and spiritual energy to imbue objects with that power so that they can work later without the presence of a shaman.

That’s why, if a Slavic whisperer or soothsayer whispers a prayer or a chant over the object, it is believed that the object resonates with the healing energy and its mere presence can help those suffering from physical or spiritual ailments.

That shows how much of their spiritualism is related to healing and how much their ancient Slavic medicine was in fact spiritual and mystic in nature.

Slavic shamans thought that sickness of the body is just a terminal stage of soul sickness. Thus they treated both physical and psychological symptoms and causes of different diseases.

The universal Slavic myth about Baba Yaga shows how much their elder women impacted their cultures.

Similar to the Nordic Volvas, their grandmother shamans were highly respected, but with Christianization, they became demonized and Satanized.

Thus, Baba Yaga (Grandmother Yaga or Old lady Yaga) became a child-eating demon instead of an old lady who lived in the cave, did magic and ate demons.

She always lives in a cave that relates her to the bowels of mother earth. It is said that she is fearsome because she reflects the shadows of people’s inner evil.

In a manner of speaking, she is an archetypal image of a woman that can shapeshift into a virgin or a maiden such as an elf (vila).

Like dark, mysterious, unconscious feminine forces of nature, she is wild, untamed and can be both fearsome and kind.

Since magic and shamanism overlap in Slavic culture, it’s important to make a distinction between the two.

While magic is used to control the elements and forces of nature, shamanism is used to communicate with the spirits of nature and do the opposite – let go of control in order to let nature guide us and teach us.

Same as all the other shamanic cultures, Slavic shamans, especially Romanian nature whisperers have been said to perform out-of-body journeys to spiritual realms in order to bring back the knowledge and advise the people.